Booker Washington was born a slave in the mid 1800’s. He founded a black school called Tuskegee Institute in 1881. This man influenced multiple students of color and was even able to give them an education in a society that tried to oppress them from learning.  Booker was a personal adviser to President Theodore Roosevelt and President William Howard Taft. He is well recognized as an educator and economic self-reliance within the black community and pushing the advancement and development in the African American society.

Alexander L. Twilight was born in the 1700’s and became the first African American to graduate from a United States College. He received his bachelors degree in Middlebury College in Vermont, 1823. Twilight became very successful and was lead to be one of the first African American to win election to public office and continued educating the youth of his time as a teacher and a preacher. This man is also a prime example of leading the black community further into progression slowly but surely.

James Derham was a slave born in the 1700’s, who ended up being owned by 3 doctors in the area he lived in, which there he was able to learn how to read and write. He was eventually he was sold to a surgeon in New Orleans, encouraging him to learn about western medicine. Derham was fluent in French, Spanish, and English. Slaves and free black people were not allowed to consult a white doctor, so Derham helped those in need especially people of color. He became a very well known Physician around Philadelphia and was a good leader for people who didn’t believe it was possible to become a doctor of color.

This is an original painting from an influential artist called Robert S. Duncanson. He was born in the 1800’s by a free African American woman. His father was mixed with African and Scottish. They had a family business involving carpentry which is where he began helping and painting signs for his father. By age 17 Robert Duncanson had his own successful business where his paintings were even shown in exhibits around Cincinnati. Duncanson is just an ambitious artists who sets an example of a successful African American man in the 1800’s, but by following his dreams.

Absalom Jones was an African American man born in the 1700’s who became an abolistionist and clergyman. He ended up founding a black congregation in 1794 in a successfull attempt to unite people of color to over come the unwelcoming circumstances that happened every day in their lives. Jones became the first black ordained as a priest in the episcopal church of the United States in 1804.

Malcom X was an extraordinary African American Leader whos beliefs and determination led to the taking of his life. This man was couragous and was had a lot of perseverence in changing the black community of his time. In 1957 Malcom founded Mohamed Speak, a newspaper read by multiple Muslims and African Americans all over. He had been imprisoned and looked at as a torch that burned anything in its path.

Andrew Bryan was a very religious man who was also born in the 1900’s. This is a picture of him in his older years. Bryan played an important role in African American society because he was the first black man to start the First African Baptist Church of Savannah in Savannah, Georgia. It was one of the first black baptist churches in America at the time and brought in a lot of people of color to recognize the lord and celebrate life together. Andrew Bryan was a very influential religious leader of his time.

Frederick Douglas was an amazing black man who was born in the 1900’s and joined the fight to end slavery. Douglas was one of the lead African American abolitionists of his time. In his time he started the newspaper called The North Star that so many African Americans would read and he gave powerful speeches and influenced many people of color and people not of color, in the 1900’s. 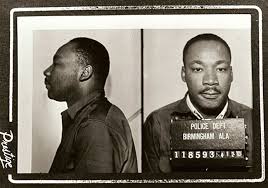 Martin Luther King Jr. was such a great influence towards the black and white community because he became a leader for society in equality and justice. His achievements start as early as 1963 with Times Person of the Year and the Nobel Peace Prize in 1964. Martin attempted and achieved much of his dreams for his vision of the future.

This is a text widget, which allows you to add text or HTML to your sidebar. You can use them to display text, links, images, HTML, or a combination of these. Edit them in the Widget section of the Customizer.
Dayton African American History Blog
Blog at WordPress.com.
Loading Comments...